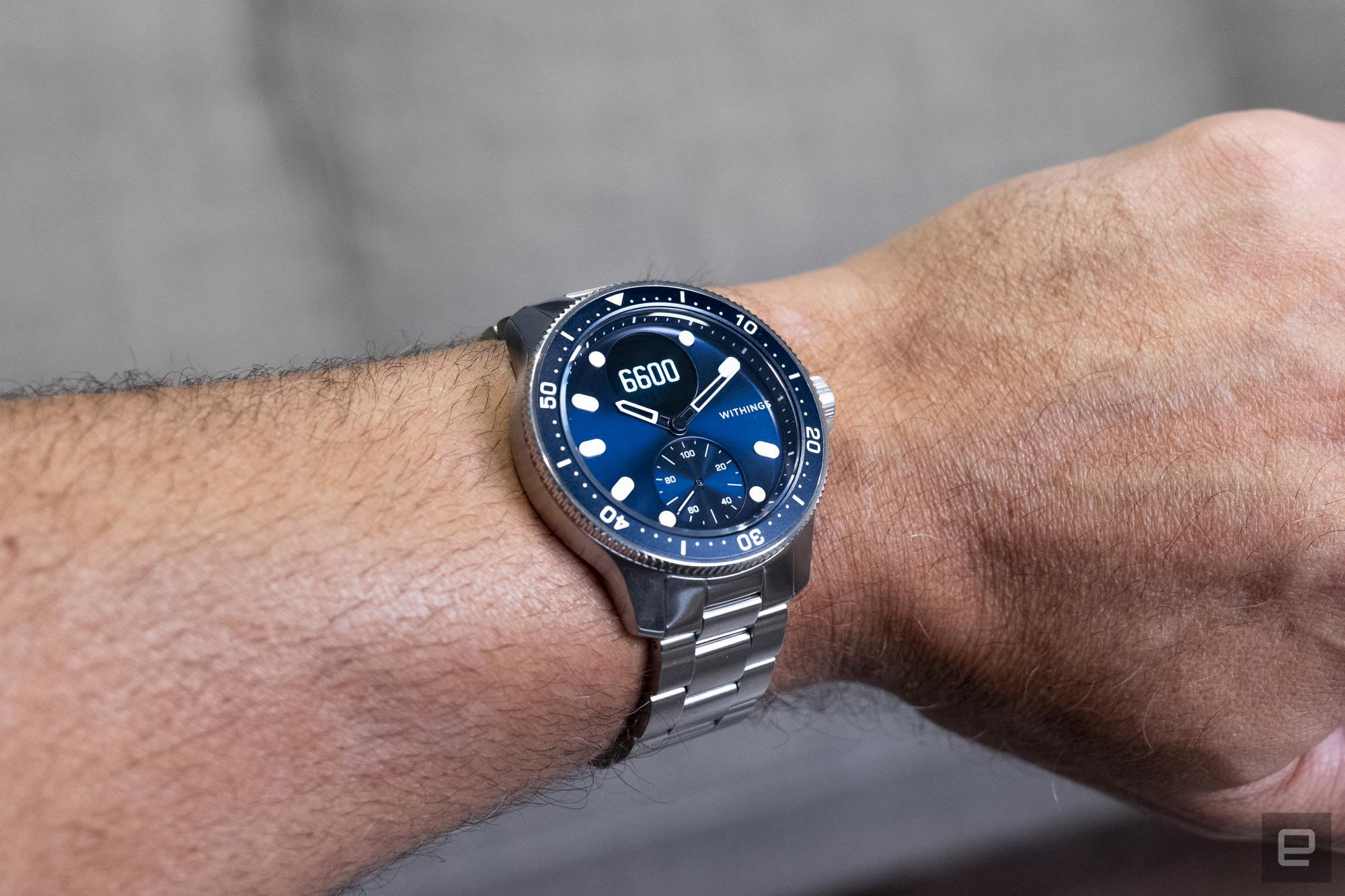 Withings today launched the ScanWatch Horizon, a dolled up version of its ScanWatch inside the body of a diver’s watch. Horizon comes in a larger, 43mm body, but it’s otherwise the same device that we already think is the best hybrid on the market. This includes the built-in ECG, blood oxygen sensor and sleep apnea monitoring, as well as the usual activity and sleep monitoring functions. You’ll also get the same pair of sub-dials, one with a small digital display for notifications, the other with an analog activity meter.

Unfortunately, the beefier body and higher price tag didn’t add anything to the feature list, so there’s no GPS on this watch unless your phone is with you. And, if we take precautions, we can say that even though it’s dressed to impress like a diver’s watch (with a precise laser-etched rotating bezel and Luminova watch hands), the water resistance is limited to. 10 ATM, which is not much compared to more serious diving watches.

That said, the world of smartwatches is clamoring for anything that matches the premium dive watch style with a hint of intelligence. TAG Heuer’s Connected may not be allowed to become the default in this default marketplace, especially since it works, you know, Wear OS.

As for when you can get one on your wrist, the ScanWatch Horizon will first launch in the UK from September 29, priced at £ 499.95 / € 499.95. Buyers will be able to choose the face color of blue or green, and both models will come with a stainless steel elastic and an FKM (for swimming) elastic, both of which are naturally quick-release. Naturally, you can expect this watch to start showing up in Europe and the United States in the near future.

Steve Dent contributed to this report.

All products recommended by Engadget are selected by our editorial team, independent of our parent company. Some of our stories include affiliate links. If you buy something through any of these links, we may earn an affiliate commission.