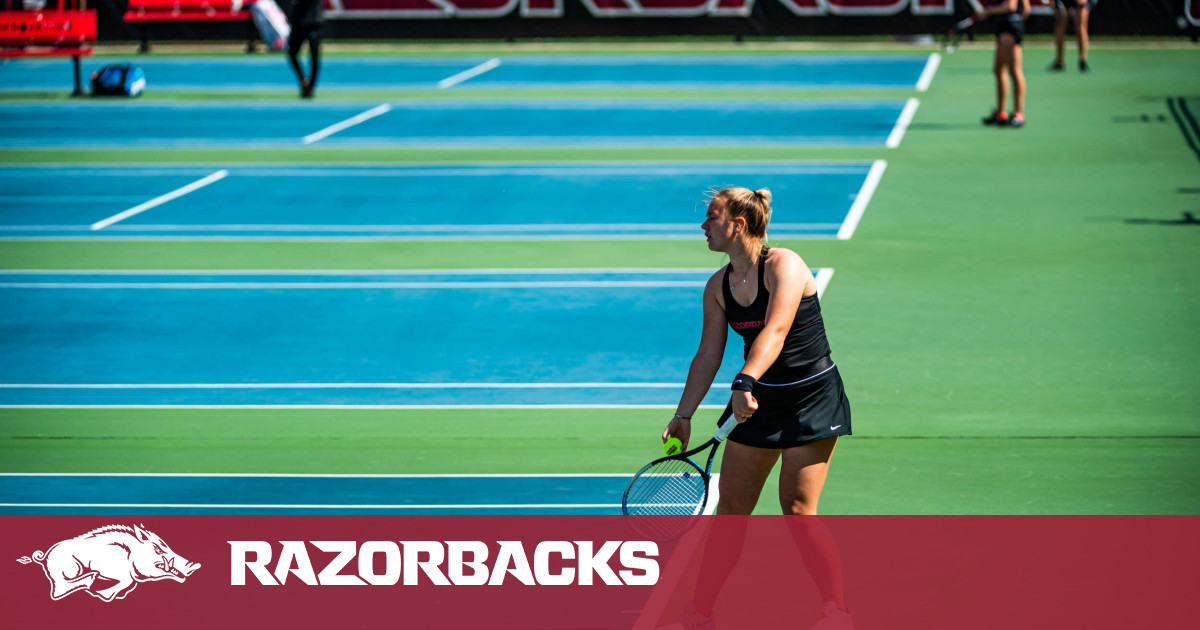 Freshmen Morgan McCarthy and Whitney Robbins will make their first appearances as Razorbacks, while Yuhan Liu competed on the ITF Lubbock Pro Tour last week, falling to teammate Kelly Keller. Junior Indianna Spink, who won her first two matches to qualify for the tournament’s main draw, is also coming out of the pro tournament.

Juniors Lenka Stara and Morgan Cross will be competing in their first competition this fall, both coming off an excellent spring season with the Razorbacks. Stara impressed early last fall, heading into the spring with an 11-game winning streak and an 8-0 fourth-place finish to start. Cross also got off to an impressive start last fall, advancing to the knockout rounds in doubles at the ITA Fall Nationals.